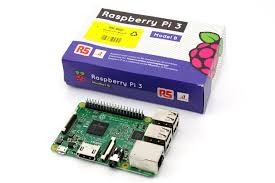 So my first Raspberry Pi 3 Model B 32GB just arrived which is part of a “Canakit” on Amazon which can be found here. Below is a general setup and config step by step guide to get you started with your own Pi. I may follow up this post with the progress of my pie-in-the-sky project to build a miniature hyperloop “pod” and track, controlled by a stand-alone Raspberry Pi. But before I get into powering my Pi with an electrified rail, we need to get the Pi setup and configured.