So my foray into Android App development has begun and I’m happy that I have eclipse up and running with the Android SDK. I have a virtual NexusOne up and running my first Hello World App. The only real snag I encountered was being unable to build an .apk and run my first few test apps because of the error: SDK does not have any Build Tools installed. I went to C:UsersJasonandroid-sdks and found that the Build Tools directory was empty (despite running the SDK manager and re-installing the Build-Tools component.) This was resolved by re-downloading the SDK, extracting the zipped files to C:Downloadsadt-bundle-windows-x86_64-20130522 and then manually copied the contents of the Build Tools folder from the unzipped location to my c:users directory. 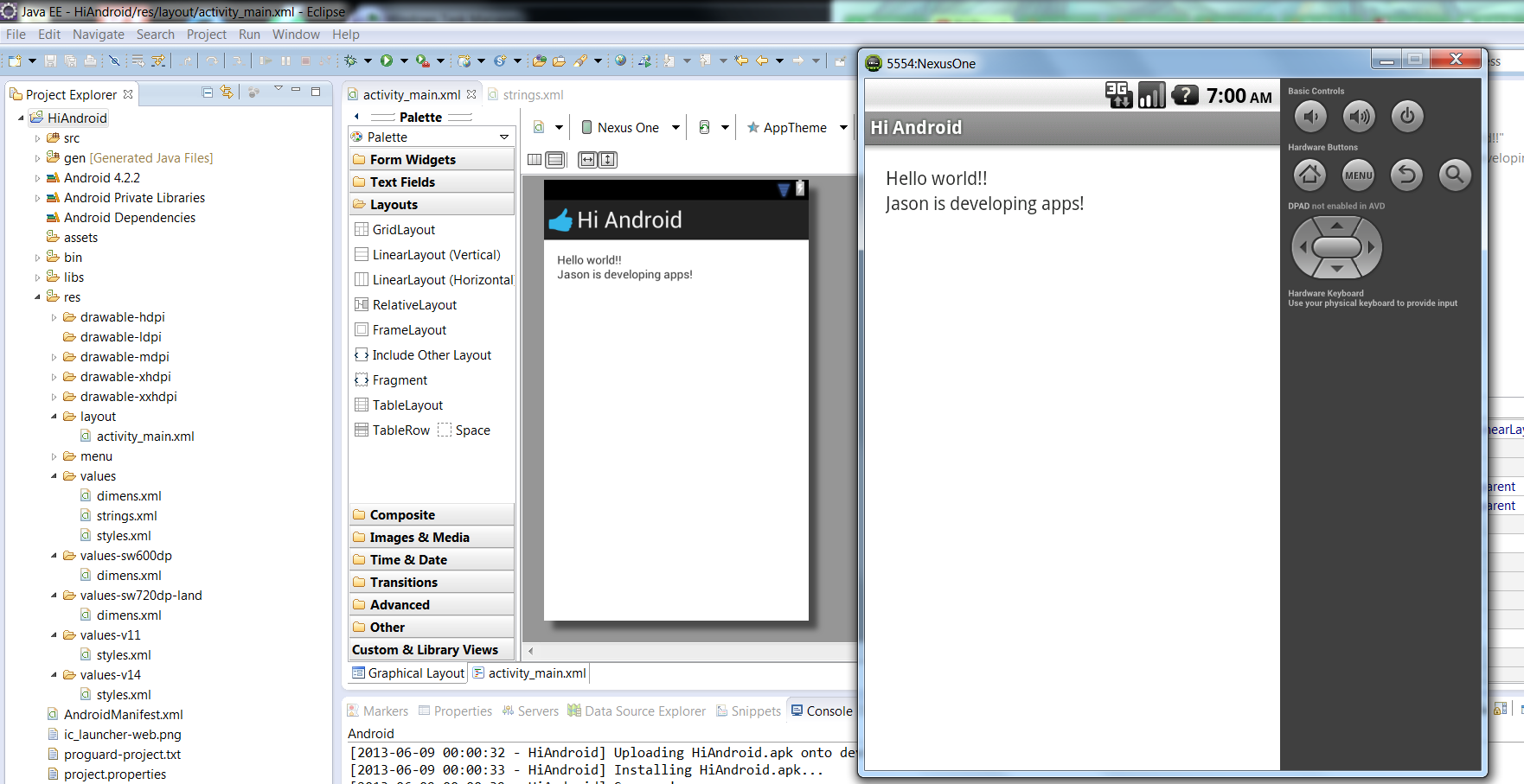 I’ve also progressed in my Java studies to become better at understanding and looking for what code will compile and which code will produce a compiler error. Also I’m becoming more comfortable with string arrays, getting java to find out how many words are in each list, generate random numbers that are constrained to a random number within the array, and building a string phrase using words within the arrays. For example:

– The first output could be: Bear is a name for a cat.

– The second output would probably be a different name and so on.

The logic of while and if methods can get tricky when creating an application that will output results when checking on conditions of your variables. For example,

In this instance, the output would be:

If x starts out as a 0, then it passes the condition of being < 5 so it continues. x is added to 1 so it’s value = 0 + 1 = 1. It is told to print out it’s value as 1 and then add another 1 onto itself, and so on until it’s value is greater than 5, at which time the output ceases due to while condition no longer being true.

While, do-while, and for loops always has to pass a conditional test, or an expression that results in a boolean value; either true or false.

OK so this java application is not so serious, but it does include a class with a main(), an int and a String variable, a while loop, and an if test. A little more polish and I’ll be building that brewery back end in no time. 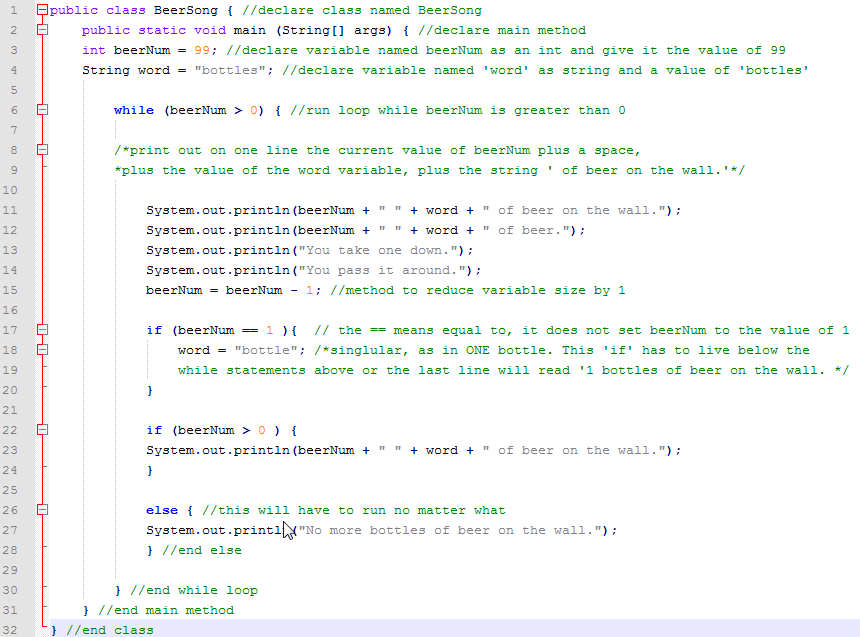 And the output when the class/app is run:

I recommend the book Head First Java if you want to learn to write Java applications.