Recently a lot of users complained that they could not access or mount or connect to public shares hosted by a newer Server 2012 R2 virtual machine running on Xen. The users all had a common trait that they were trying to access the shares with SMB1 from XP, and OS X on Apple/Mac computers. Windows 7 and other Server 2012 computers could access the shares without any errors. After a lot of testing, the resolution turned out to be a registry change which turned off SMB2. During testing we did the following:

An associate had made changes to this server prior to the incident cropping up so it’s hard to be sure just when and what caused the SMB2 windows shares to block access, but for now everyone can access the public drives. Please leave a note if this resolution helped or if you found a way to get broken SMB2 shares working again without changing the registry. 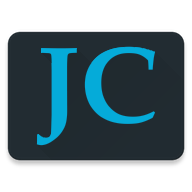