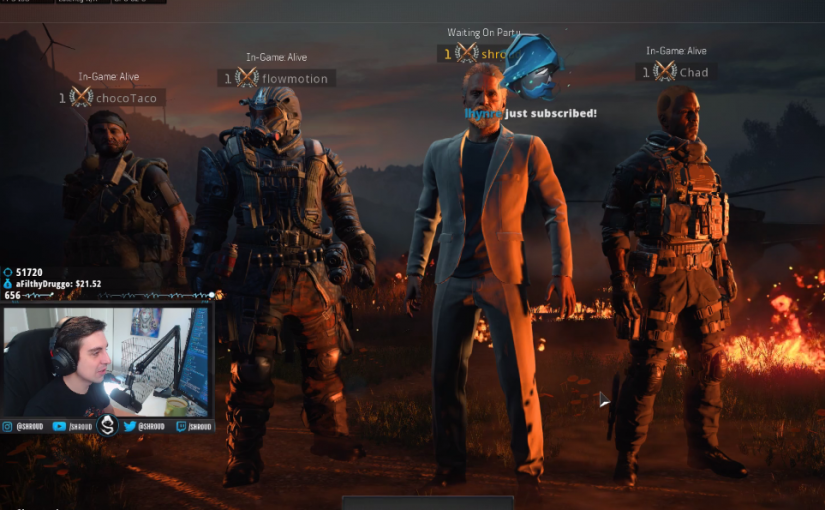 Choco – I restarted my game and I joined.

Shroud runs over self and taco

You can get the beta code – if you watch my stream for an hour and you link your battle.net with twitch.

streamelements: Hey everyone, be sure to tune into Mike’s stream (9/14) between 10 AM and 2 PM PST to get early access to Black Ops 4 Beta! You need to have your Blizzard account linked with Twitch, and you need to watch the stream for at least an hour! More information can be found here: https://goo.gl/ozFe9q 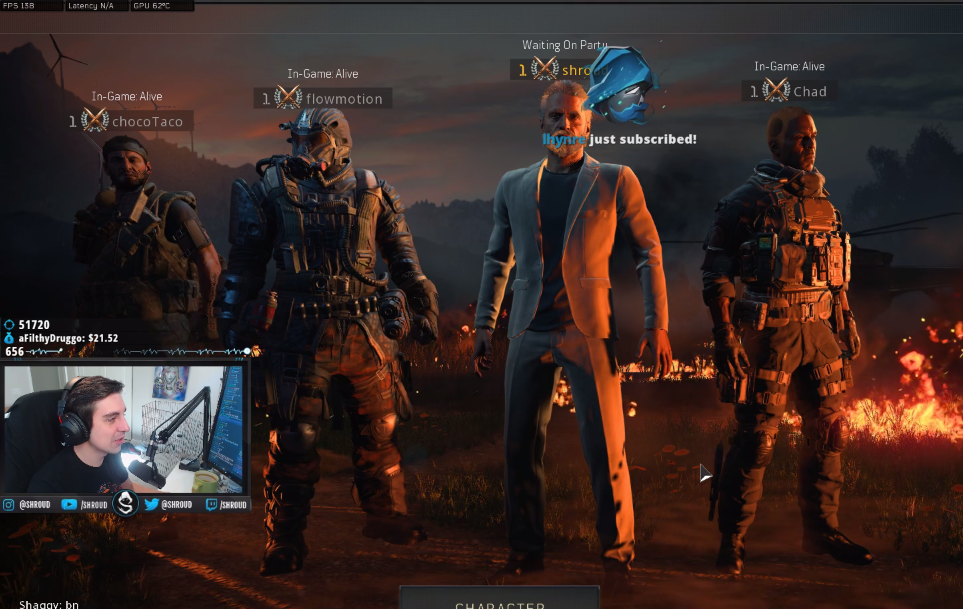 Oh, mesh mine, that’s going to be fun… maybe.

S: I gotta figure out how to hold my breath 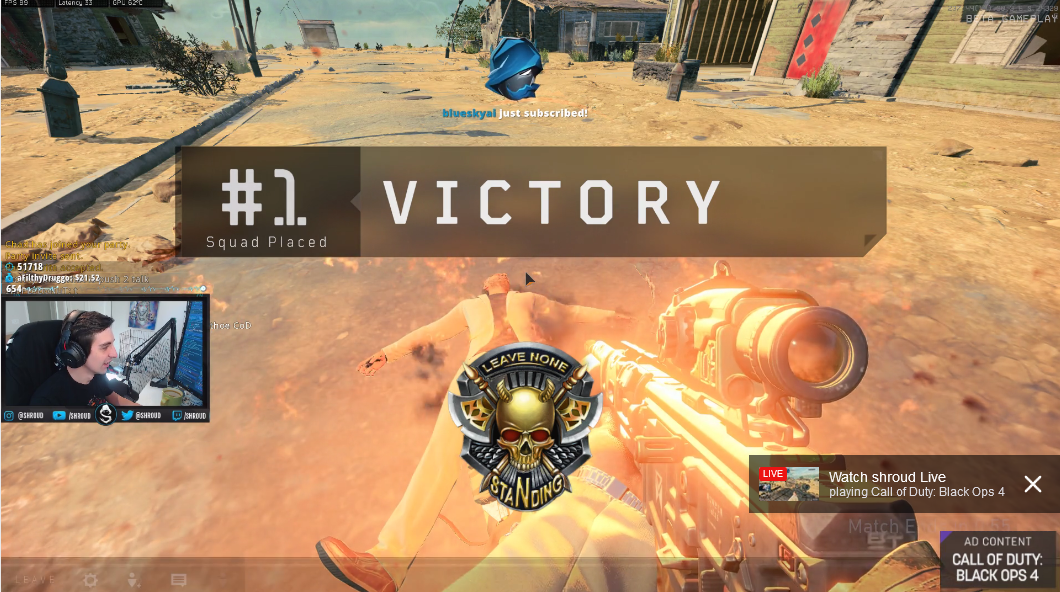 J9- Choco, you have tattoos!

S- Choco how you doing over there? Choco – I’m owning!

Choco- yes this is my favorite thing in the game – the RC car.

Chad – Oh my chat is getting the code drop! S- yep if they’ve been watching for an hour they’ll get the drop. 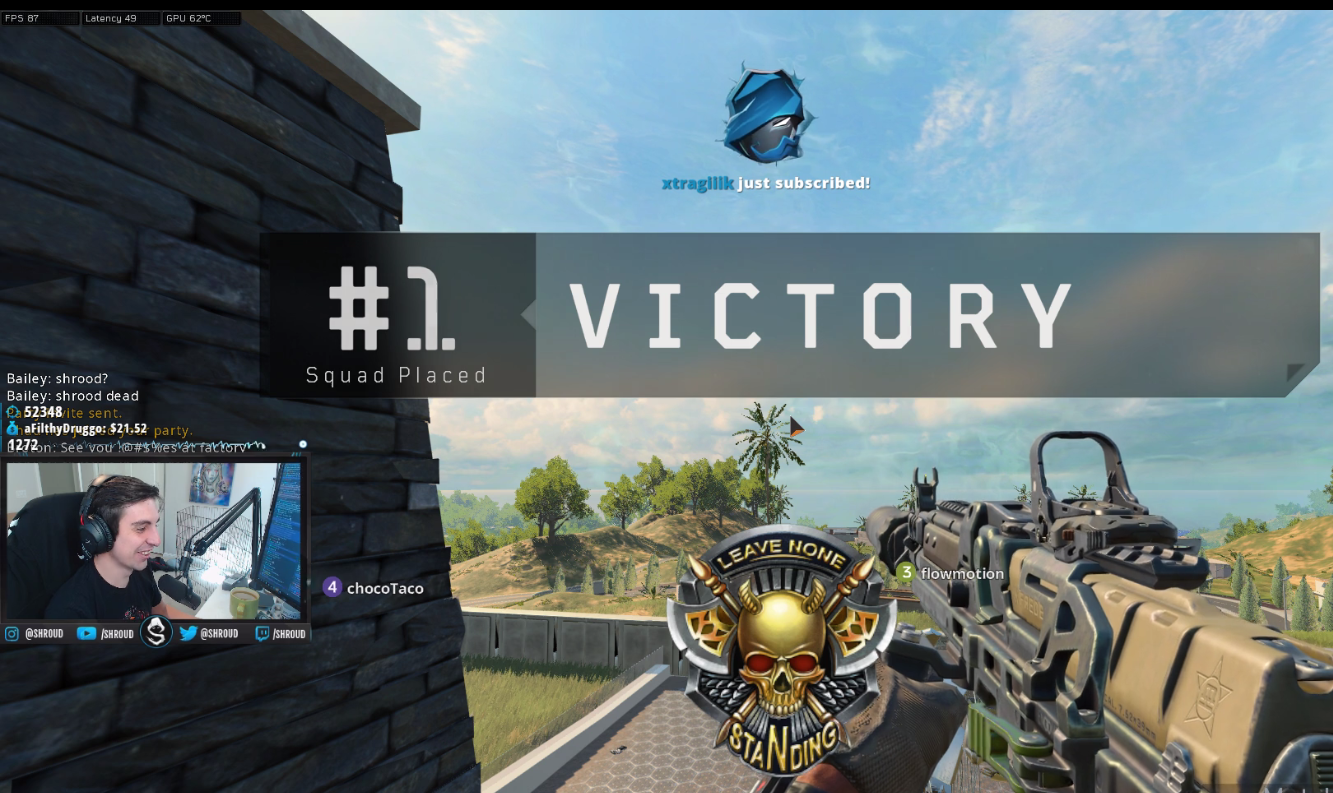 That was a dope game woo! That was gnarly. 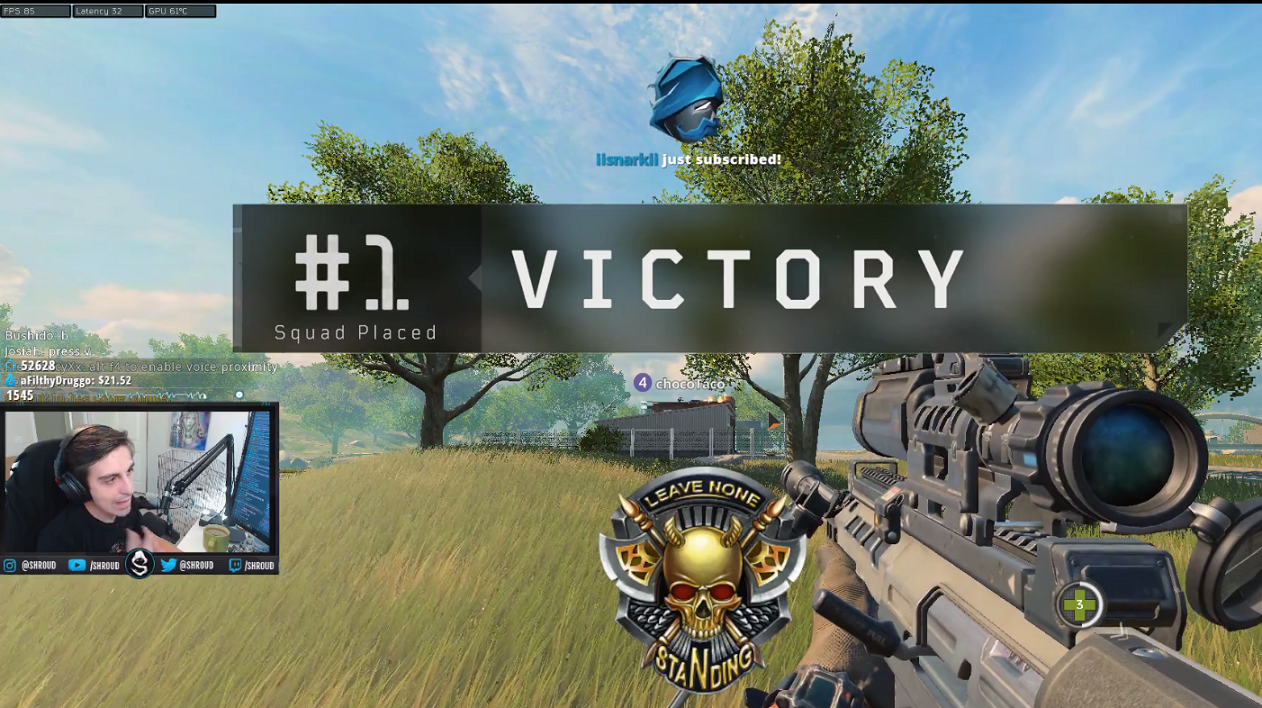 Shroud – that was such a fun round!

Vapper is my favorite gun.

S- I think you can wall trees – like the corner of them. Hiding behind a tree is probably not the play.

He’s going for it poggers(clip)

BTW Shroud is a god.(clip)

Missed a couple hours of stream

S- I’ve been playing for 14 hours. I gotta be up early tomorrow. I’ll be playing more COD tomorrow.

Chad are you still going? You’re an animal. Chad: What kind of animal.

We’re going to do a straw pool. 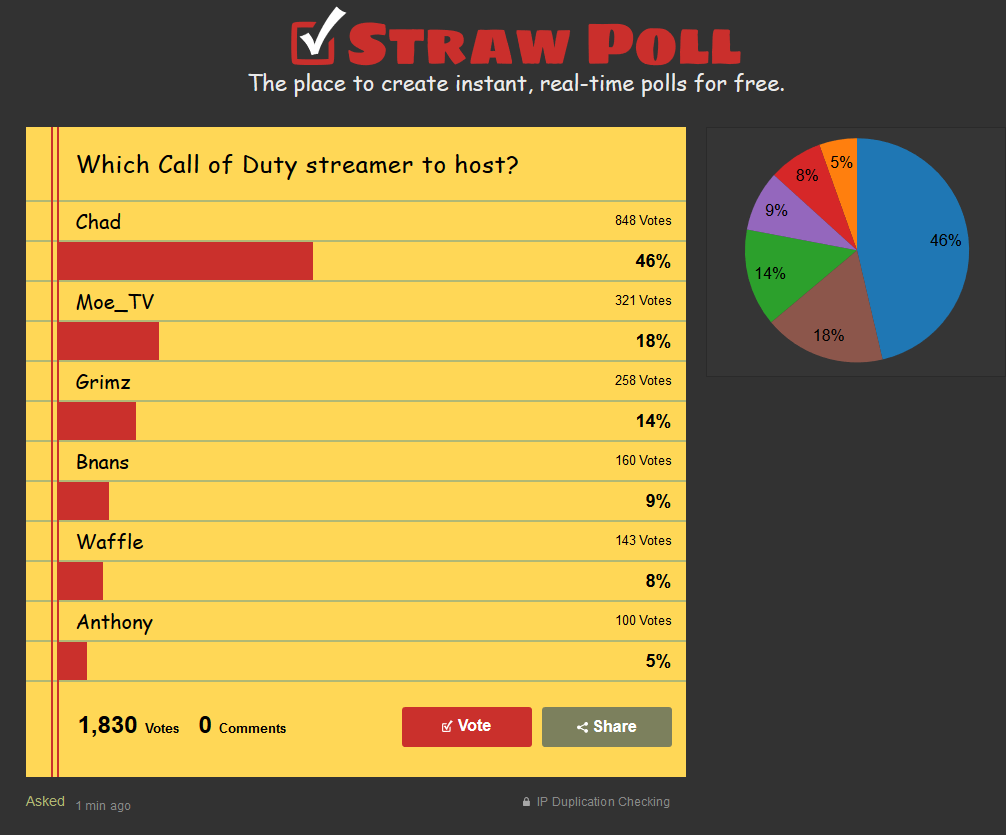