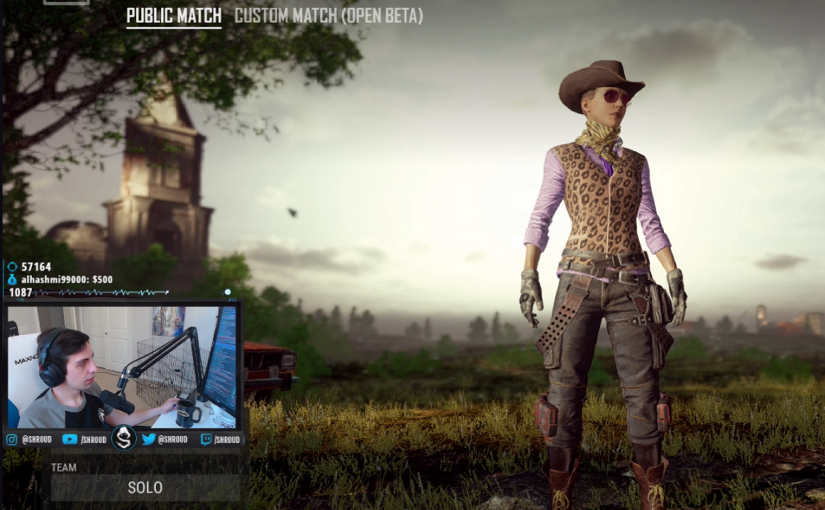 I like Camp Charlie. There’s a lot more cover and buildings, a lot of tall 3 stories. You have these walls here. Camp Charlie, I like it. Probably terrible for snipers.

When does the new (PUBG) update come out? With the scooter? I want to play it, live.

I can’t image people still on the (nvidia) 750, 780’s. Can you imagine that upgrade? It’s not all about the GPU these days. The graphics card doesn’t make a break or break your whole rig. Like a 1080TI to a 2080TI. It will help but it won’t be doubling your performance. I’m not underestimating the 2080TI. It depends on the application. In most games it’s not going to be like game-changing. It will help, without a doubt. You could get 20-50 which is huge. But most games you’re going to get 20. It will help, it’s going to be a better GPU of course. You’re not going to double your frames, that’s not how it works. It’s not like you’ll get 4x your frames.

I hate the looting animation. That and vaulting.

I saw the RTX Battlefield demo with the lighting effects. That no one is going to use, that they’ll turn off immediately. If it ever gets to the point where they can run at crazy graphics and still get triple digit frames then maybe I’ll enable those settings. They need to find a balance.

You rest your fingers on they keys. On the silvers, you’re going to catch yourself moving left and right. It took me a while to get out of the mentality of resting your fingers on your keys at all. It’s weird you have to use it to understand. The silver switches. I like them though because I feel like my movement is faster. It’s also easier to F up. It’s easy to fat finger. Silver switches is the ultimate fat finger. Typing is more difficult. It is. My typing is terrible on silver switches.

(About new twitch prime ads) They gotta find a way to make money. And make us money. Basically they will Start Sept 14th. If you have twitch prime, you will not have an ad-free experience. If you are subscribed you will not see ads. It makes sense why they’re doing that. How do they sell ad space if they don’t even watch the ads. That helps us as streamers. The downside is you don’t have to watch ads. I guess they never thought twitch prime would get so big.

I got my first job when I was 16 and I probably worked for a month. The rest was just me being solo dolo child. Grandparents hooked it up, parents hooked it up. Sometimes I didn’t eat lunch because I wanted to buy a game. My mom would give me $5 each day. I would pocked the money and not eat. I’d be really hungry. I basically saved my money from birthdays, Christmas whatever. I think Easter my grandparents gave me money. My grandparents gave me a lot of money. They would give me $100 for every occasion. I would just save it. I would buy a new GPU. I was specific with what I wanted. My mom didn’t know what I wanted to buy. Noone did. Except for my Dad.

Look at his health (clip)

I don’t like the movement in this game. The gun-play is great but that’s why they added vaulting. Movement? Pisses me off. Momentum based movement. You build up to your max speed.

I’m going to get a P.O. Box – not open to just everyone. Because people will send me weird shit. But for specific items.

Do I get recognized in public? Depends on where I go. Like every time I go to Disneyland, someone recognizes me. They recognize me from FortNite for some reason.

Alhashmi $500 dono. Yes there will be more watches.

I only got to wear it one day. The worst thing about wearing watches is sweating.

It’s insane how you keep everything private. I’m pretty open. I’d say I’m pretty open. I feel like the only thing I keep private is where I live. I think I have to do that. Jess IRL streams around the house more. I’ll probably do a video of the house before we move. My neighbors don’t know or care about anything. It’s weird nobody cares to know anyone on the street. It’s great actually. Like there’s this one trashcan on the street.

I prefer to have an older following. I feel exactly like ninja. I’d feel kinda wrong being how I am right now saying bs and swearing and talking about cocks if I had a younger community. There’s a much higher average age. That’s fine. I’ll do it all day.

I usually wake up at 10 sometimes earlier, sometimes 9. Usually 10 though.

(World of Warcraft). I’m a horde. I would recommend doing 6 or 7 normals or heroics or mythics. Apparently it’s good Rep. I don’t think it’s worth it to do heroics. Normal’s are not that different in azerite gain.

Troy never sits behind my chair. I always worry I’m going to run over his tail.

Troy on the loose (clip) 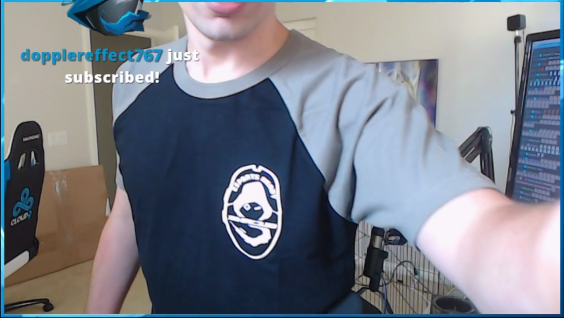 That shirt will come out in about a week and a half. 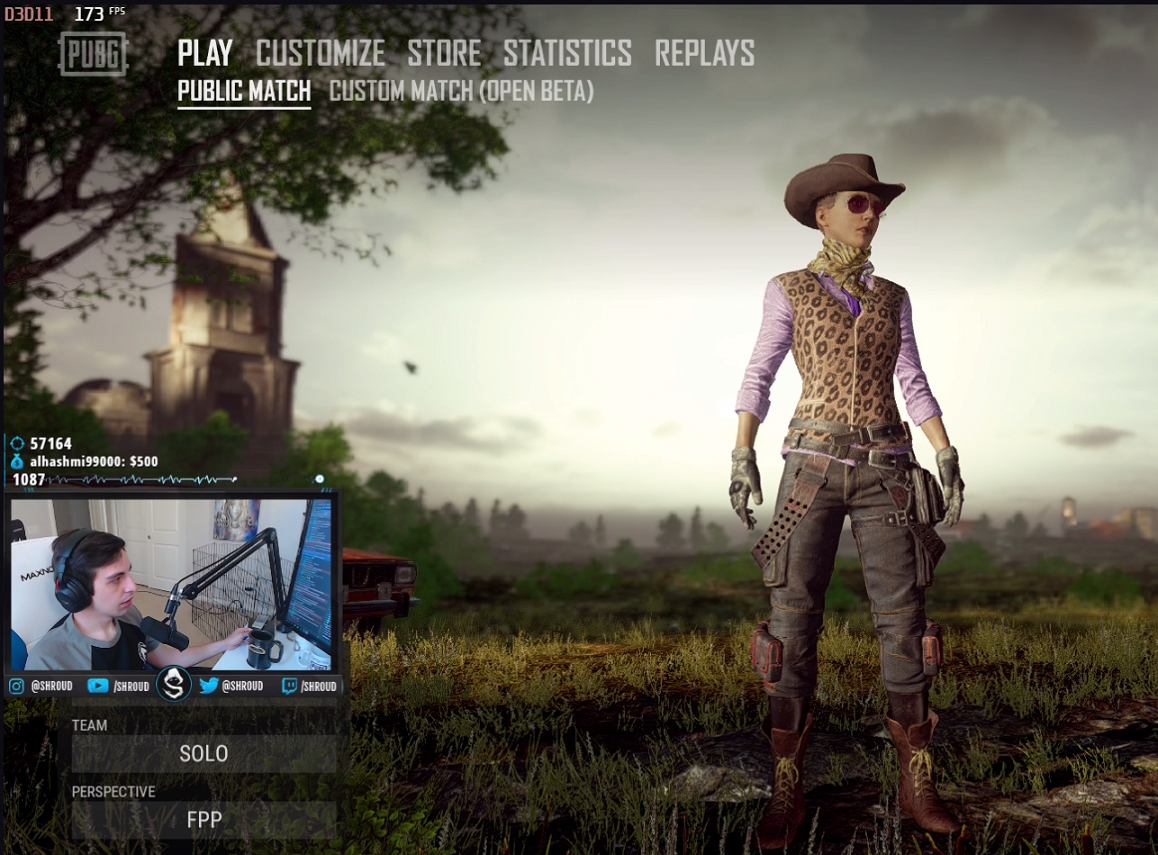 The way I normally use the SMG12 is small bursts. (R6S)

Do you guys like Doritos? The beauty of Doritos is you probably haven’t found the flavor you like yet. Try some sweet chili heat.

I wanna play WOW forever. Would you guys follow me if I played WOW only?

That’s going to be the most boring thing you’ve ever watched. Classic WOW. Literally every streamer ever will be playing Vanilla WOW. Yeah you’re in for a real boring treat once it comes out. IT’s going ot be the most resident sleeper ever.

Jess has great ideas about how to build a brand. I’m just lazy.

Let me drink my coffee (clip)

I don’t know what days I’m going to be a PAX West.

(with 12 left get’s headshot from behind) The amount of times I’ve been killed by M24 today is crazy.

There’s a little end of the year thing we’re doing. Vote for your favs. Yeah Hoodies will be coming out. They’re already made – at least one hoodie. That’s going to probably be around October when it gets a little colder. One pull over. I’m not a big fan of pull overs.

Chat was doing something about cheesecake:

Just9n did not eat the cheesecake (clip)

Shroud also did not eat the cheesecake (clip)

I feel like the only way to break the M24 curse it to use it myself.

Have you played the new Ops on rainbow 6? No I don’t want to.

The only time making your own platform would work is if you’re losing your popularity and get ahead of that and see that. And it’s probably even harder to accept. It would just never be worth it.

I’d love to see someone do that. To see how it pays off.

I’ve always sold my old PC parts to my buddies.

I’m actually kind of shocked PUBG figured out how to make it rain outside, but not inside at the same time. 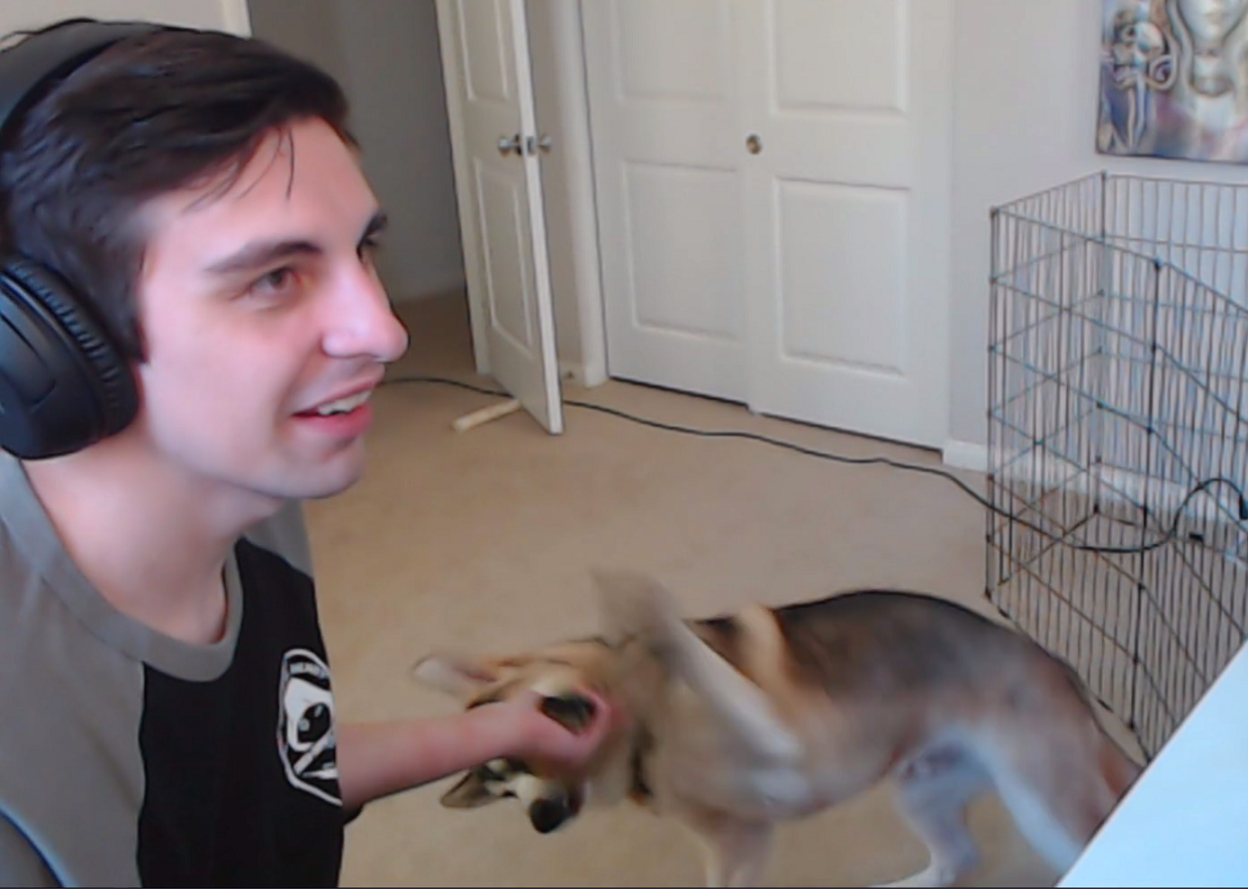 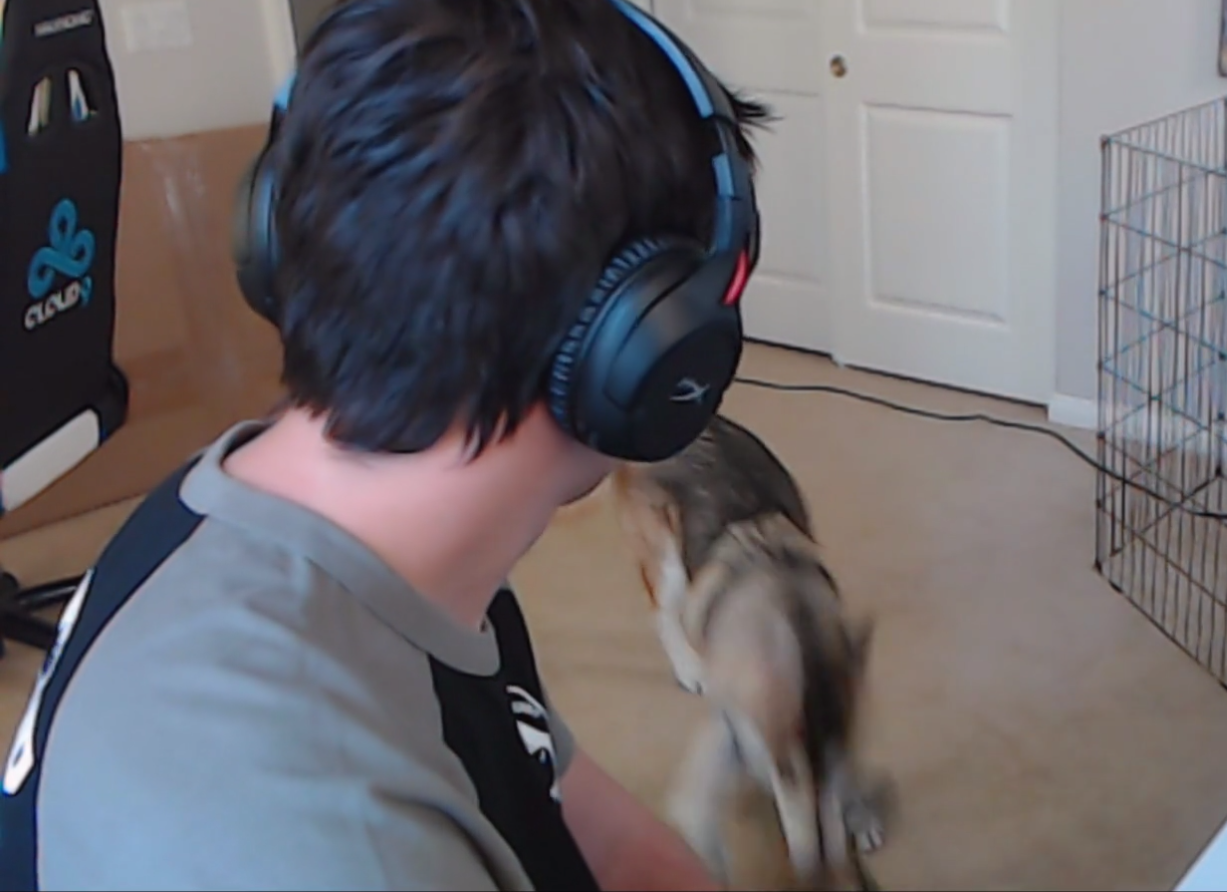 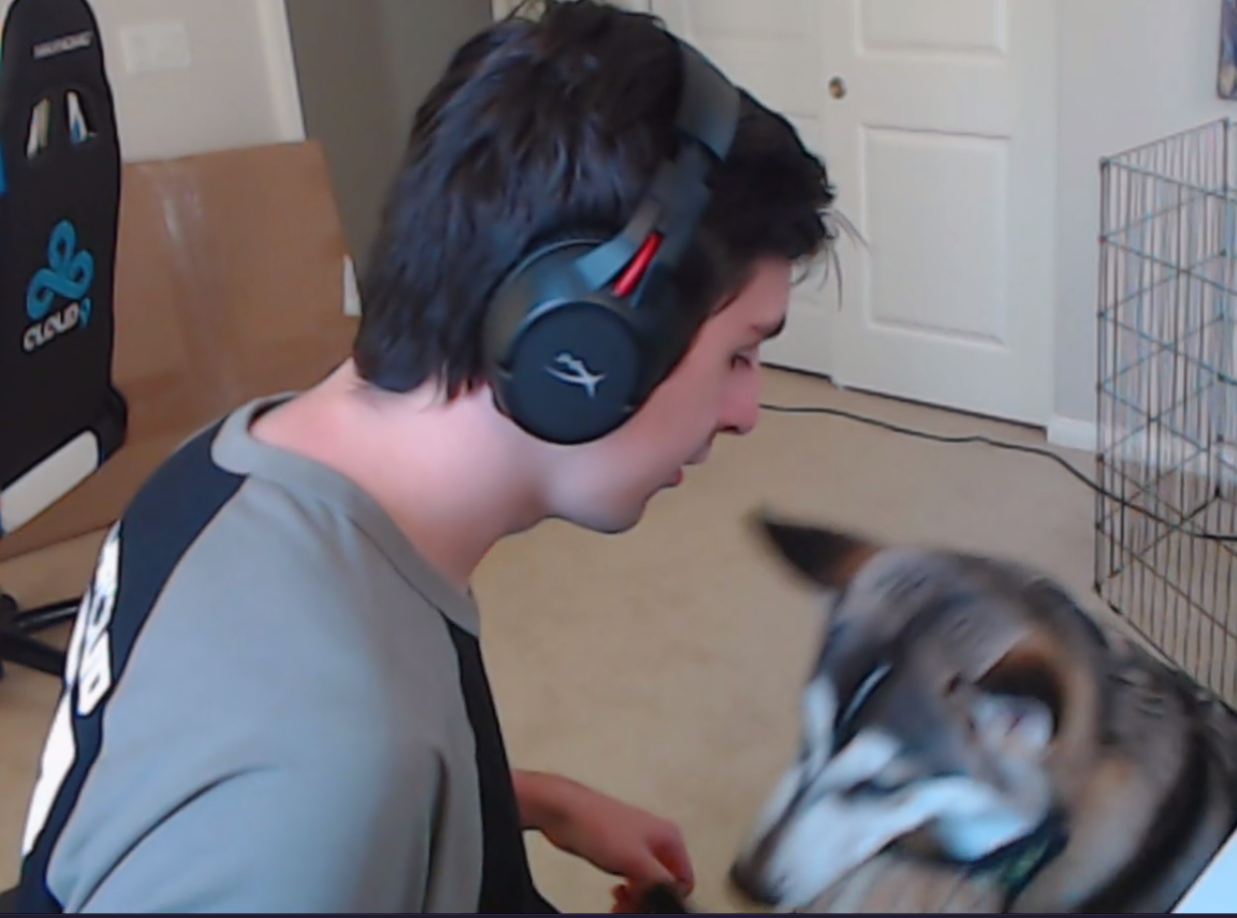 I wanna play Soda Poppin. What kind of Ops are these? F yeah America baby!

This update is kinda cool, I’m down!

This update, there is no recoil.

“That AR 15 with a muzzle break looks like a 50 cal. It looks ridiculous”

The new ops are fun. I’ve tried the one, Maverick.